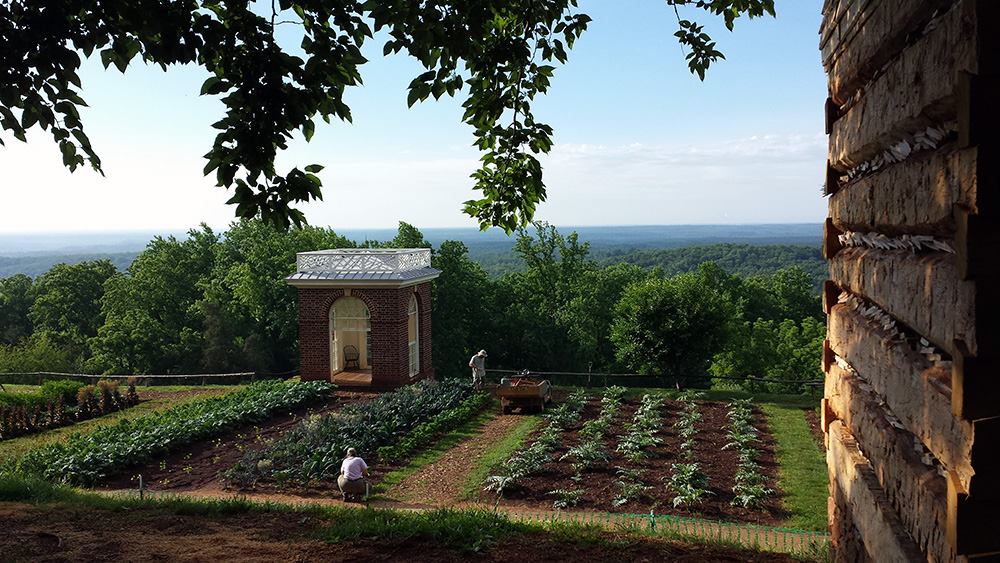 At a White House Dinner that gathered world leaders early in his tenure, President Kennedy quipped that those assembled represented the “greatest meeting of minds since Thomas Jefferson had dinner in the White House here by himself.”

What’s impressive about Thomas Jefferson’s intelligence is that it wasn’t limited by matters political or philosophical. Jefferson’s personal interest in the natural sciences influenced his sponsorship of the Lewis and Clark expedition; he also took a serious interest in agricultural crops. But it was only once he retired from political life that he could spend the time he wanted to in his greenhouse and vegetable garden—that year he grew 47 different vegetables. Between the ages of 67 and 83, Jefferson kept meticulous journals of his gardens. An obsessive record-keeper, the 67-page “The Garden Book” is where he compiled his data. His favorite vegetable was the English Pea; he made three or more plantings of them each season. He documented harvesting lettuce every month of the year.  His garden records reveal that he sowed lettuce 21 different times in one year. Another year, he planted 35 varieties of cabbage. “ I cannot wait until we can sow our cabbage together,” he had written his daughter from the White House. It wasn’t just a garden for him—it was an experimental laboratory.

While most Virginians of the time avoided growing crops during the hottest stretch of summer, preferring to grow old world vegetables that required cool growing conditions, Jefferson devised a collection well-suited to the extreme weather—tomatoes, peppers, eggplants, okra, peanuts and lima beans.

400,000 cubic feet of earth was moved by seven slaves to create the original southeast-facing vegetable garden terrace—supported by one thousand feet of stone wall. A ten-foot fence surrounded the entire Monticello complex. A lifelong vegetarian, Jefferson was also interested in methods of food preparation. While in the White House, he held blind tastings of oils. The winner was sesame—so he grew his own plants and tried to press his own oil. The two hundred wineries of present-day Virginia are the legacy of his interest in viniculture.

His slaves had their personal gardens, where they worked Sundays and evenings. Records reveal that, particularly in the winter, Jefferson purchased their produce—cabbage, root crops, and winter squash. Slave dwellings were constructed with storage space below that was apparently well-suited to vegetable storage.

In the 1970’s, under Peter Hatch, Director of Gardens and Grounds, the staff at Monticello drew upon archeological research to restore the gardens. Today they continue to plant 330 varieties that were once grown there by Thomas Jefferson.